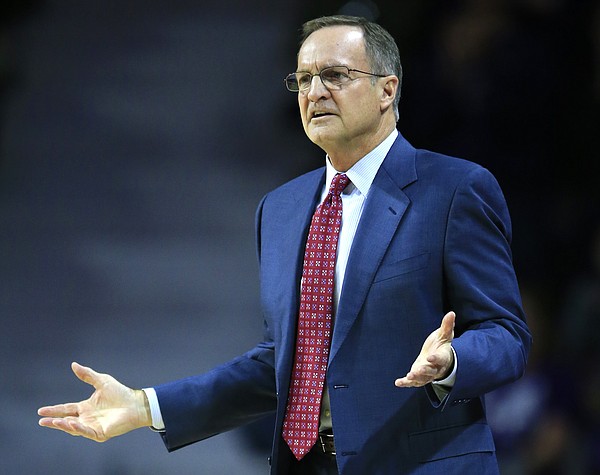 Oklahoma head coach Lon Kruger questions a call during the first half of an NCAA college basketball game against Kansas State in Manhattan, Kan., Saturday, Jan. 7, 2017.

On a six-game losing streak, including the first three games of Big 12 play, the Oklahoma Sooners look like a much, much different team than the Final Four squad last year.

The Sooners, playing without star point guard Jordan Woodard (leg injury), rank at the bottom of the Big 12 in several categories, including scoring offense and scoring defense heading into Tuesday's matchup against Kansas at 8 p.m. (ESPN 2).

In their three conference games (Baylor, at TCU, at Kansas State), the Sooners have lost by an average of 14.7 points. Oklahoma, ranked 75th in the KenPom rankings, doesn’t shoot the ball well as a team (44 percent) and hasn’t had much success on the defensive end.

Then there’s the issue of playing without Woodard, which has forced players to step into uncomfortable roles over the last four games.

“I think some guys individually are battling some confidence factors,” OU coach Lon Kruger said. “We have to keep pushing and keeping working every day and stay positive.”

Interesting note: With a win, Kansas coach Bill Self will win his 400th game with the Jayhawks, becoming the third coach in school history to reach that milestone. Roy Williams had 418 wins and Phog Allen had 590.

Interesting note, part II: Self notched his 600th win of his career in early December. Kruger will likely become the next coach to pass the milestone, sitting four wins away at 596.

Series history: Kansas leads 144-66. The Jayhawks won both matchups last year, including the three-overtime classic in January at Allen Fieldhouse. 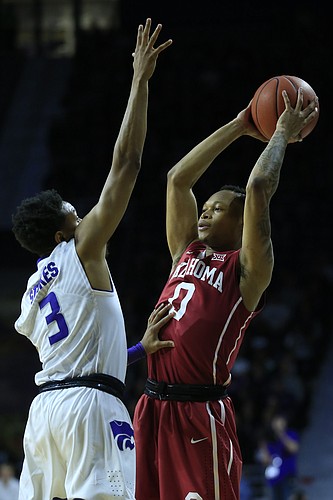 #4: When Christian James returned home for the Final Four, he did so with a heavy heart.https://t.co/0wn4ytqTco pic.twitter.com/7DqyMDhtrY

None by Oklahoma Sooners 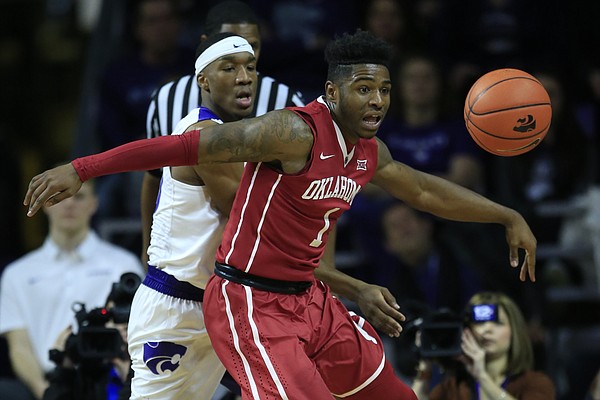 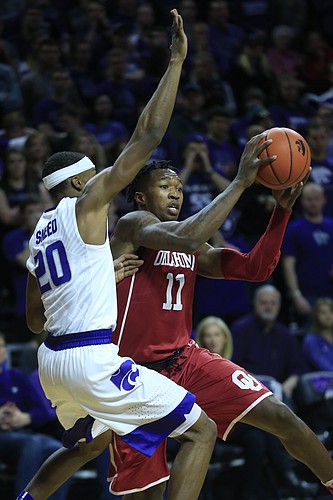 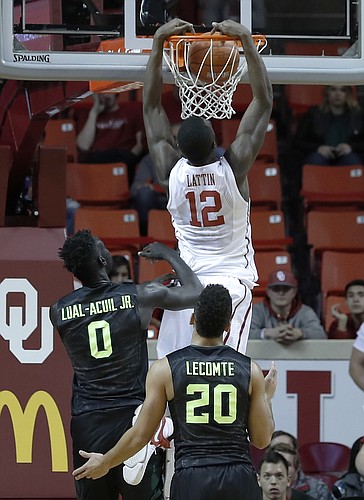 Kam McGusty up to 20 points. First 20-point performance by a Sooner freshman since Jordan Woodard scored 23 vs. West Virginia in 2014. 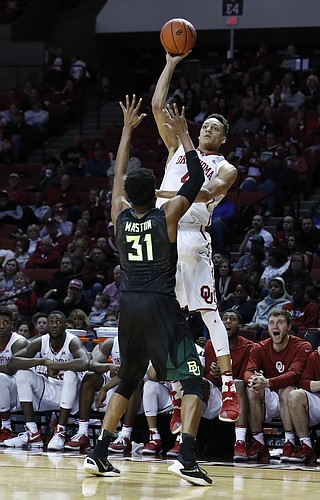 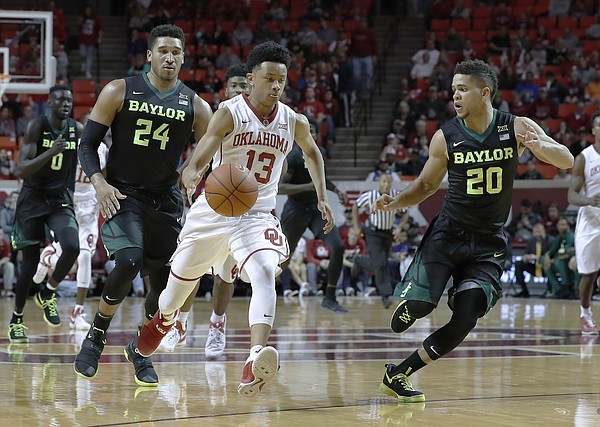 Oklahoma guard Jordan Shepherd (13) brings the ball up as Baylor guards Ishmail Wainright (24) and Manu Lecomte (20) defend during the second half of an NCAA college basketball game in Norman, Okla., on Friday, Dec. 30, 2016. 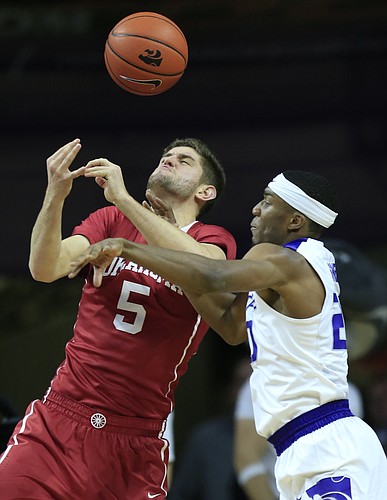 Oklahoma forward Matt Freeman (5) is stripped of the ball by Kansas State forward Xavier Sneed (20) during the first half of an NCAA college basketball game in Manhattan, Kan., Saturday, Jan. 7, 2017. 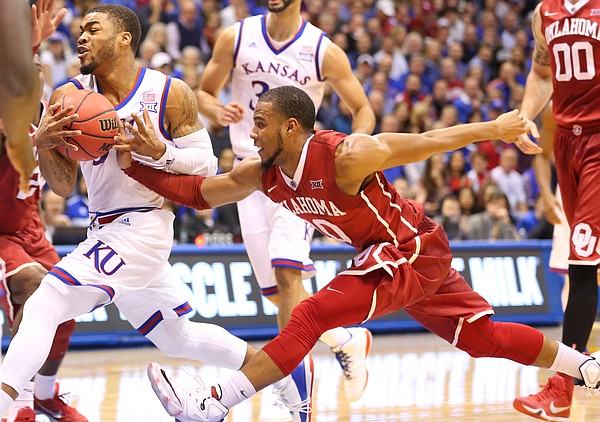