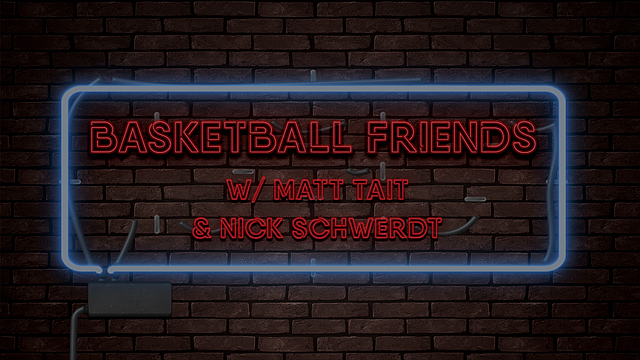 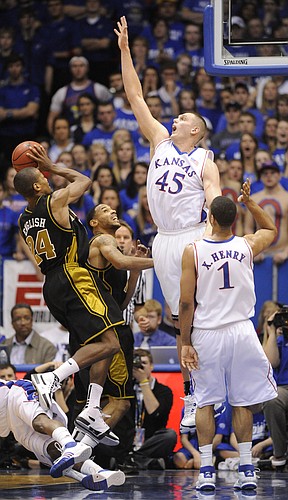 Kansas center Cole Aldrich goes up for a block on Missouri's Kim English Monday, Jan. 25, 2010 at Allen Fieldhouse. by rgwin

It's tournament time so we're back with another episode of Basketball Friends with Journal-World Sports Editor Matt Tait & "Rock Chalk Sports Talk" host Nick Schwerdt. On this week's show, we have our first ever guest, none other than Mr. Cole Aldrich, who discusses...

• How important experience is (or isn't) in the NCAA Tournament

• His NBA career and what he's up to now

• What he thinks of this Kansas team