College basketball world reacts to KU's Round of 32 exit

When the season ends for Kansas, it doesn’t just move the needle in the Sunflower State, the college basketball nation takes notice.

When the Jayhawks lose before the Sweet 16, it becomes an even bigger deal. Throw in the whole in-state, previously unplayed rivalry game angle and you’ve got all sorts of intrigue surrounding KU’s Round of 32 loss to Wichita State on Sunday in Omaha.

Below is some of the Twitter chatter, photos, stories — and trash talk — that showed up after the Shockers bounced Kansas from the NCAA Tournament.

Don't look now but one more win apiece and it's UK-Wichita State in the Elite Eight with another undefeated season on the line.

Are 3 or 4 AD's out there who passed on Gregg Marshall for power conference jobs. Spent time with him in Feb. He's MONSTER coaching talent!

Game epitomized Kansas problems all year. No identity, no oomph. Asked Self what team identity was at Big 12: "I should know that by now."

What a win for Wichita State. That may not make up for the Kentucky game last year, but it's a damn fine consolation prize.

Awesome performance by Wichita State. Dominated Kansas. Now headed to the Sweet Sixteen for the second time in three years.

Fred VanVleet will fly from Omaha to his home in Illinois to attend his grandmother’s funeral tomorrow. He’ll rejoin Wichita State Tuesday.

Since 2005 KU is 1-3 against the Missouri Valley in the NCAA tournament.

Kansas now has the most first-weekend losses as a No. 2 seed in tourney history. http://t.co/uKhh1L5Qrq pic.twitter.com/G8vCPzjxXF

Congrats to The Shockers..should never have doubted them..too tough for Kansas..

#WichitaState Head Coach Gregg Marshall's wife: "I have better definition in my arms then KU!" Man, I love basketball #NCAATournament

None by Kristen Rodgers

Wichita on ball defense best I've seen in the tourney..to quote Roberto De Vicenzo "what a stupid I am" for doubting

None by Theodore Bressman

"We had a chance to validate how good our league was. We haven’t done it. The reality is in the numbers." KU coach Bill Self on the Big 12

Gonzaga is the only program besides Kansas that has reached the round of 32 each of the past six years.

With a Sweet 16 bid and a visit from the governor, Wichita State is king of Kansas. Column: http://t.co/DzTCpFFj7G pic.twitter.com/zV1MIHPjNG

None by Brian Hamilton

I spent weekend in Feb. hanging with Gregg Marshall & Shockers. Sat in locker room, behind bench, etc. Not 10 better coaches in country.

Jeff Eisenberg went as far as to include one Kansas player in his “Best and worst of the NCAA tourney’s opening weekend” feature.

Spoiler alert: The Jayhawk didn’t land in the best category.

Wayne Selden Jr. received the unappealing label of “Player who shrank in the spotlight”:

“Selden scored a quiet six points in a victory over New Mexico State on Friday and then went scoreless on five shots in a 78-65 loss to Wichita State two days later. Granted Kansas' game plan was to pound the ball inside against the smaller Shockers, but Selden still acknowledged after the game that he had let down his team by not being aggressive on offense and not playing well on defense.”

A couple of former KU players felt pretty good about their Jayhawks before the game, but since then we have social media silence on the subject.

I kno KU better not lose this game. That's all Imma say

Boy I wish Chalmers and other alumni could come back to show this team what hard core competing looks like. Difference between this team and 2012 is the 2012 team never thought they would lose and they competed like it.

Ok, enough wallowing for me.....time to move on. Report on the player's future plans, recruiting news and Go Royals. Oh yeah, and I will root for Oklahoma, West Virginia and (gasp) Wichita State.

That game was an embarrassment to me as a fan, but you can't always win. Wichita State is a great team, and it showed during that game. The fact of the matter, however, is that KU goes every year. Statistically, you cannot WIN every year and you cannot get to the sweet sixteen, elite eight, or final four every year. What's so great about the NCAA tournament is that anything can happen. There will be upsets, cinderella stories, and just all around amazing games. Wichita State had an amazing game last night; KU didn't. End of story. Everyone's so damn bold and critical when they can hide behind a little screen. This doesn't bother me as a fan; It bothers me as a person. I can't even imagine how those players feel with all of that pressure of them and to receive all of this hate. Instead of bashing the loser, go congratulate the winner.

Where is the support for the refs that didn't call blatant fouls against the foulkers but nailed KU? What about the play book shared with the coaches?

The problems with this team were obvious all year. We don't screen well, we don't pass well, we can't stop penetration, We don't have enough movement on offense ( to many guys just standing around all the time. When you run an offense dependent on a strong post presents its a good idea to have a strong post player. We did not. HCBS is a great basketball coach and I would never disagree with his game plans. But this team seems to be more 5 players on the court then a team. Our passes were slow. We misses open players because we hesitated to often and the get it inside at all costs ended in far to many turnovers, far to often. Frank was great as a guard but not a great point guard. Wayne was too on and off from game to game. Perry for all his ability has the worst hands in basketball. He just can't hang on to the ball. Greene is the laziest player on the team and needs to transfer or get with the program. Bottom line is we played so many different combinations we never developed into the team, far to often just 5 players out on the floor playing back yard basketball and having fun. Maybe next years team will learn from this groups lack of consistency.

First, the writing was on the wall after the Kentucky game. Not because we lost, and not because we lost by a lot, but any team that can't rebound a missed free throw is going to be in trouble. Second, trying to make someone the "go to guy", doesn't make him the " go to guy". He's got to earn it. Not by the scoring column and certainly not by leading the world in "and ones" for the other team. Watching Perry foul on purpose in the Wichita game and then watching Oubre foul in the exact same situation says it all. 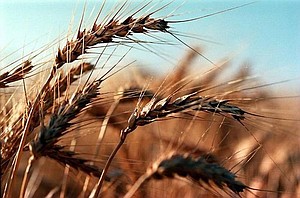 With regards to the 1-1 against Final Four teams... Michigan St is a COMPLETELY different team right now than when we played them. As per usual, Izzo had his guys developing throughout the year and peaking at the right time. I'm not sure how he does it, but he does it better than anybody else.