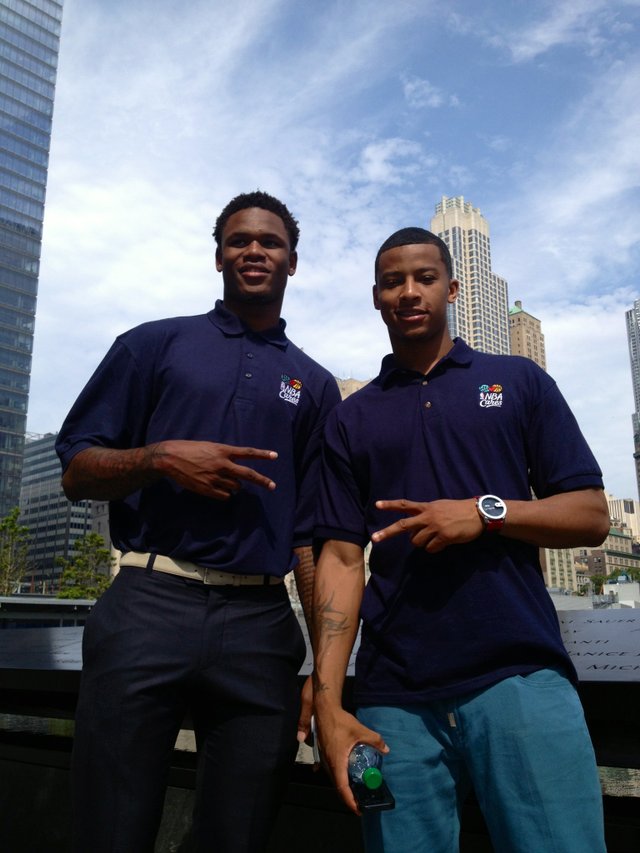 Ben McLemore and Michigan's Trey Burke pose for a photo at the 9/11 Memorial in New York City. Several members of the 2013 NBA Draft class toured the grounds Wednesday and interacted with family members of several victims of the terrorist attacks from Sept. 11, 2001. Photo by Matt Tait.