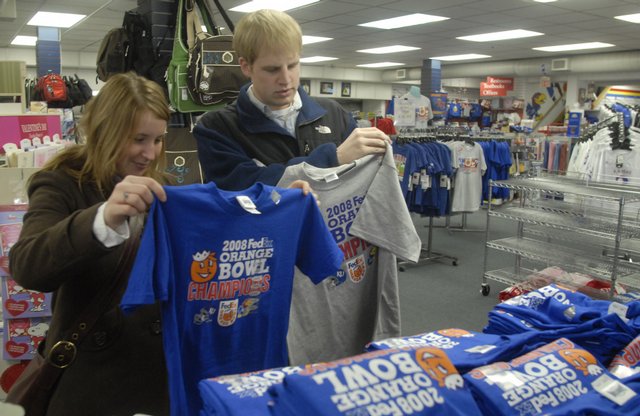 Laura Skinner and Ryan Kunhart, both of Nebraska, were in Lawrence Friday checking out Kansas University and decided to shop for some Orange Bowl memorabilia at the Jayhawk Bookstore at 1420 Crescent Road. Within hours of the Jayhawks' 24-21 victory Thursday night against Virginia Tech in the Orange Bowl, fans began their rush on local bookstores and sporting goods stores for mementos of the historic victory. Managers reported sales comparable with a KU Final Four appearance.