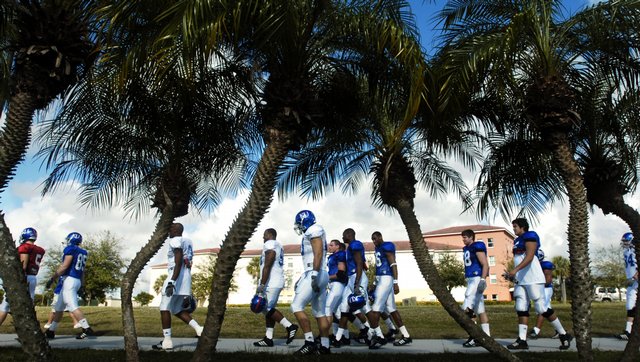 The Kansas University football team makes its way to the practice fields at Barry University in preparation for the 2008 Orange Bowl against Virginia Tech in this file photo. The total cost for KU to go to Miami was about $2 million, according to figures released this week by KU as a result of a Lawrence Journal-World/6News Freedom of Information request.