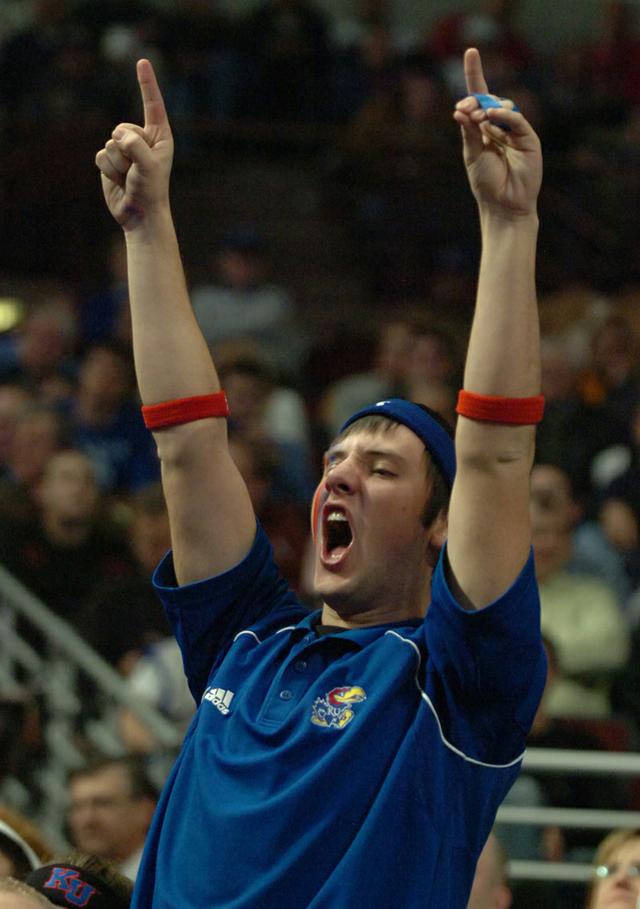 Kansas University freshman Logan Heer, from Olathe, busts out in jubilation in the second half of the KU-Niagara game. Heer, a member of the KU Basketball Band, will return to the United Center in Chicago, Ill. on Sunday for the second round of the NCAA Men's Basketball Tournament.