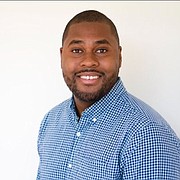 Wesley is a sports intern for the Lawrence Journal-World.

Taylor Turski called his start against West Virginia on Sunday the best performance on the mound this season, and it couldn’t have come at a better time for the Kansas baseball team.

Kansas baseball coach Ritch Price was hoping for a strong performance from a multitude of pitchers in his bullpen if the Jayhawks were going to finally stop the bleeding.

KU baseball salvages series with 17-3 rout over No. 5 Texas Tech

Despite the conditions, and an official 31-degree game-time temperature, KU salvaged the series behind 11 hits, 12 drawn walks and a strong outing from starter Ryan Zeferjahn.

KU baseball pitching staff unable to slow down No. 5 Texas Tech in loss

Kansas baseball coach Ritch Price knew his team was going to have its hands full this weekend against No. 5 Texas Tech.

Every time UMKC had runners in scoring position and threatened to score, Kansas softball junior starter Andie Formby always found a way to pitch herself—and her team—out of trouble.

The players in the Kansas baseball dugout just couldn’t help themselves while Skyler Messinger trotted around the bases. When Messinger crossed home plate, he was surrounded by his teammates on the field. He chest bumped catcher Jaxx Groshans and handed out as many high fives as he could. His three-run homer proved to be the difference in KU’s 6-5 win over No. 20 St. John’s.

It was almost fitting that when the sun began to cast over Hoglund Ballpark in the top of the second inning, Kansas baseball righty Ryan Zeferjahn began to shine on the mound.

The Kansas women’s basketball team had a promising first half on Senior Night against Iowa State. But in the closing half, the shots rarely fell through the hoop.

Heading into Sunday’s rubber match against Northwestern, Kansas baseball coach Ritch Price desperately needed a strong outing on the mound from his hard-throwing righty Ryan Zeferjahn, and he delivered just that.

The timing of Kylee Kopatich’s 3-pointer couldn’t have been any better. Hoping to end a 12-game losing streak, Kansas found itself tied with No. 25 Oklahoma State with under three minutes to play at Allen Fieldhouse. By Wesley Dotson