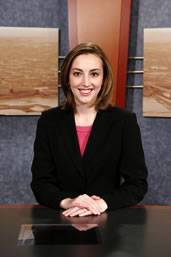 Jayhawk fans hope the third time's a charm in the Orange Bowl, but perhaps none more so than members of Kansas University's first team to make that trip to Miami.

For KU and the Orange Bowl, the trend has been close, but no cigar. The football team has gone to Miami twice, in 1948 and 1969. Both times, they left without a victory. Members of those teams hope the third time's a charm in 2008.

As the Jayhawks get closer to the Orange Bowl, the stakes keep getting higher. A cordial phone call this morning put the pride of the Lawrence City Commission on the line.

It's taken nearly a century for the Jayhawks to get this far into a football season undefeated, and that has a longtime Lawrence resident welcoming his late father's return to the news.

If Saturdays are made for football, than Saturdays on the hill are made for tailgating. But this year, some of the most popular spaces for cooking out have been squeezed down.