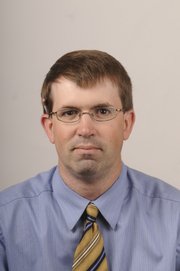 Mask mandate back at Allen Fieldhouse; chancellor warns crowd size may be limited if compliance wanes

The University of Kansas’ chancellor is warning fans that KU may limit attendance at basketball games at Allen Fieldhouse if fans don’t start doing a better job of wearing masks.

'Don't panic,' Girod says of Big 12 unrest; stakes are high for KU, but school must avoid making a rash decision

The decision by Texas and Oklahoma to pursue a move to the SEC came like a thunderbolt. The response to that decision shouldn’t, University of Kansas Chancellor Douglas Girod said in some of his first public comments about unrest in the Big 12 Conference. By Chad Lawhorn

As crowd sizes have shrunk, the financial losses at Kansas Athletics Inc. have grown to the point that leaders were told Wednesday to expect about a $10.4 million loss for the current fiscal year.

Until Thursday, Silvio De Sousa and Billy Preston were publicly regarded as the only Jayhawks involved in the current NCAA allegations against the University of Kansas. But a section of the NCAA’s response, released by KU on Thursday, indicates that there may have been a third.

KU argues with NCAA that Adidas isn't a booster, but sends out flyer to local businesses suggesting otherwise

Whether former Adidas consultants — and now convicted felons — were boosters of KU Athletics is a big question in the NCAA’s case against the university. KU leaders this week sent out a flyer to thousands of local businesses that may create some confusion about that argument. The Kansas Athletics Compliance Office this week sent an electronic copy of its “Guide for Jayhawk Supporters” to many businesses in the Lawrence area.

The integrity of KU’s men’s basketball program — and perhaps its vaunted streak of postseason appearances — came under attack Monday after the NCAA alleged head coach Bill Self and one of his assistants were complicit in major recruiting violations.

University of Kansas officials already have used the terms “mean-spirited” and “vindictive” to describe the NCAA and its suspension of KU basketball player Silvio De Sousa. But NCAA officials also used a term that should have the full attention of the leaders and fans of KU basketball: "booster."