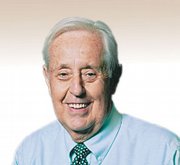 But even if the scholarly Conner Teahan somehow should become the No. 1 quarterback, then earn a starting spot on next season’s KU basketball team, he’d still be far in arrears of numerous earlier Jayhawk multi-sportsters.

Two technical aspects of college basketball keep bugging me as speculation broadens about next season and how Kansas fits into the 2011 Big 12 picture.

Butler’s emergence as 2010 NCAA basketball champion would be one of the greatest underdog stories in college history, maybe sports in general. Go Bulldogs!

Kansas University basketball fans increasingly have embraced the school’s brilliant history. By now some are even conversant with the marvelous records and players of the 1930s before there was an NCAA Tournament to stir the pot and create bracket mania.

As the Kansas University basketball team begins stalking another NCAA title, it needs to copycat this: Jan. 2, 2010, Philadelphia — Kansas 84, Temple 52.

No asterisks of infamy for Jayhawks

In all the glitter, glamour and eulogizing during college basketball tournaments and NCAA March Madness, some of the seamier aspects of competing teams in the Big Show get swept under the rug. All you have to do is scan the footnotes of the brackets since 1961 to realize the rather rampant truancy in the system.

Talk about assets — this Kansas basketball team is loaded with them as it begins a realistic quest for another NCAA title.

While no massive temblors have been reported, ominous financial rumblings are creating cracks in the walls and shaking dishes off the shelves in college athletics these days. We’ll see a lot more wavy-gravy as struggling sports treasuries are further depleted.

You watch the endless interviews with Winter Olympics personalities and are apprised about their dedication, courage, injury problems and the enormous amount of hard work it took to get them to Vancouver. Then there’s always the reference to the great pressure under which they find themselves, particularly if they are from a developed country that demands that they succeed.