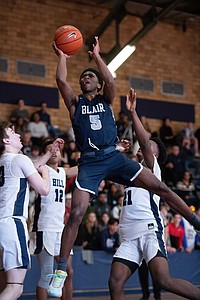 Kansas basketball signee Kyle Cuffe Jr. hangs in the air during a prep game for ...

Christina Clemons speaks to a reporter during KU's track and field media availability in the ... 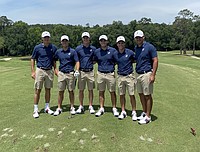