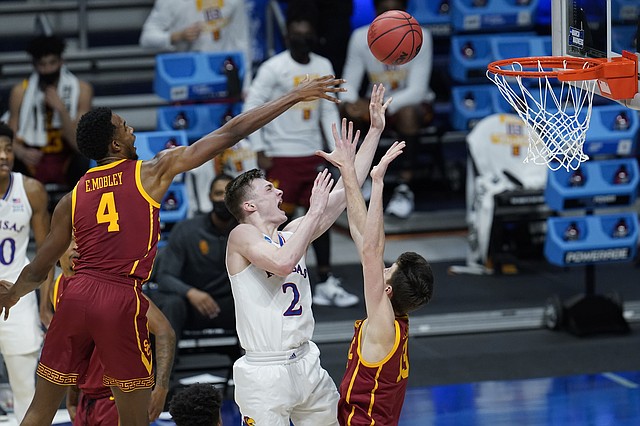 Kansas guard Christian Braun (2) shoots on USC guard Drew Peterson (13) as Evan Mobley (4) attempts a block during the first half of a men's college basketball game in the second round of the NCAA tournament at Hinkle Fieldhouse in Indianapolis, Monday, March 22, 2021. (AP Photo/Paul Sancya)

Indianapolis — USC’s Mobley brothers, Evan and Isaiah, did to third-seeded Kansas on Monday night what Eastern Washington’s Groves brothers, Tanner and Jacob, could not just two days earlier. They sent the Jayhawks home with a gut-wrenching 85-51 loss in the second round of the NCAA Tournament. Matt Tait