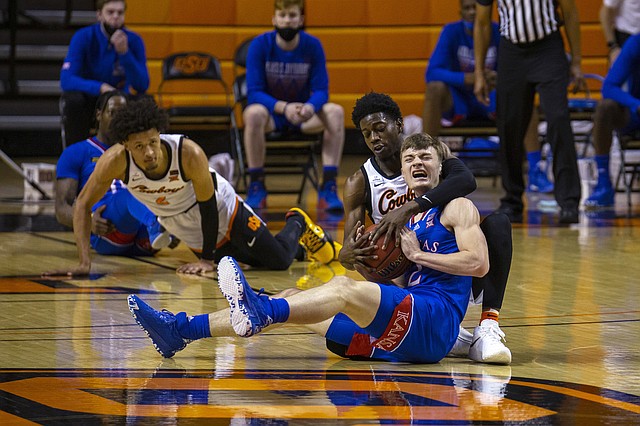 'We didn't deserve to win': No. 6 Jayhawks disappointed following loss at Oklahoma State

A ferocious second-half rally that brought the Jayhawks back from 16 points down in the final 9:15 ended in fitting fashion, with an Oklahoma State dunk putting an exclamation point on a 75-70 Cowboys victory in Stillwater.