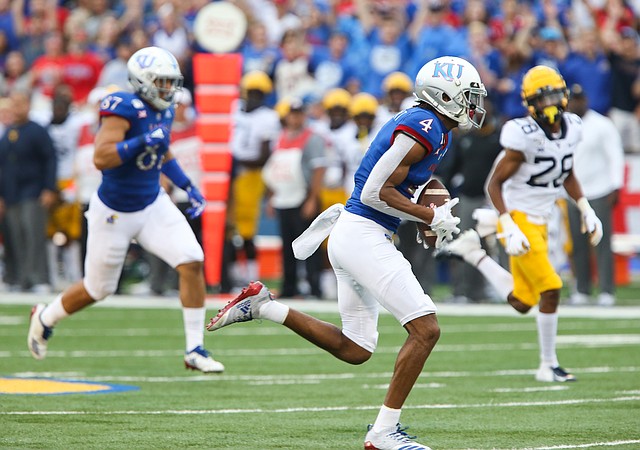 Andrew Parchment, a breakthrough performer at wideout in his first year at KU, actually entered the long offseason feeling quite upbeat about the offense’s future. And that stems from his confidence in KU’s receiving corps. By Benton Smith

On KU’s second possession of the second half, the call came in. A play-action pass hit Andrew Parchment in stride for a 75-yard touchdown. With that highlight as his first catch of the afternoon, Parchment finished with five receptions, 132 yards and a pair of touchdowns, leading to the Big 12 naming the junior college transfer the conference’s Newcomer of the Week. By Benton Smith