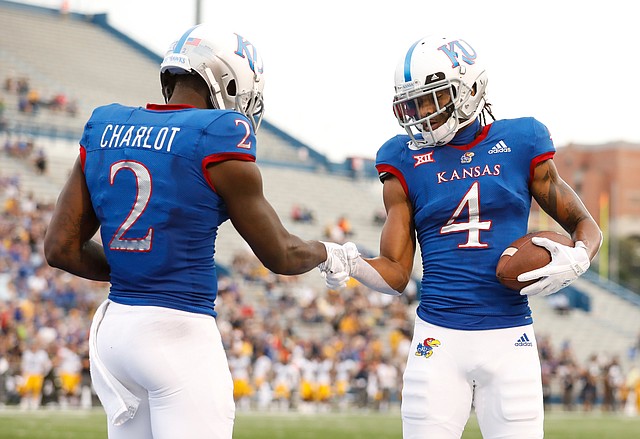 As the first Kansas football team coached by Les Miles heads into the final three games on its schedule, a pair of outspoken receivers remain vigilant in spreading the message that the season doesn’t have to end in November. Senior receiver Daylon Charlot said the Jayhawks as a whole felt like they let their fans down in a 38-10 loss to Kansas State this past weekend. Despite their disappointment, Charlot voiced publicly the notion that he and other team leaders keep clutching to tightly. By Benton Smith