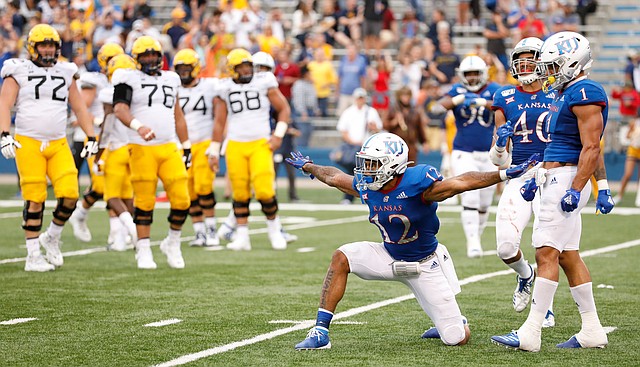 Notebook: Jeremiah McCullough out for KU's matchup with Tech

The Kansas football team’s defense will be without another starter when the Jayhawks face Texas Tech for homecoming on Saturday. By Benton Smith

Four games into the season, senior safety Jeremiah McCullough is one of two players on the entire Kansas football roster who has recorded an interception. But, as fellow safety Mike Lee doesn’t mind reminding McCullough, he could have more. By Benton Smith