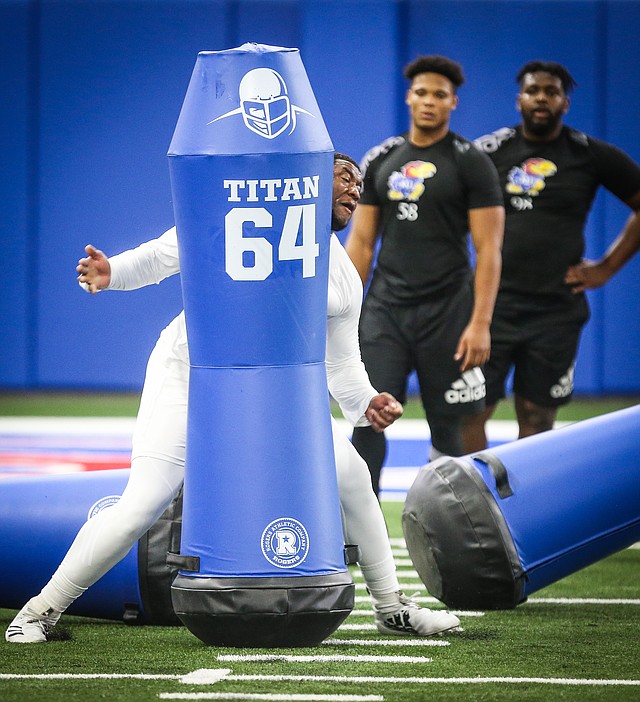 Former Kansas defensive end Daniel Wise prepares to throw a practice dummy as he works out for NFL representatives during Pro Day on Wednesday, March 27, 2019 at the Kansas Football Indoor Practice Facility.

Daniel Wise arrived Wednesday at the Kansas football team’s indoor practice facility with one very specific goal in mind. Sure, the 6-foot-2, 279-pound NFL hopeful wanted to impress scouts with his position drill work, too, but Wise resolved long before KU’s pro day to use the showcase as an opportunity to prove he was faster than he showed at the NFL Scouting Combine. By Benton Smith