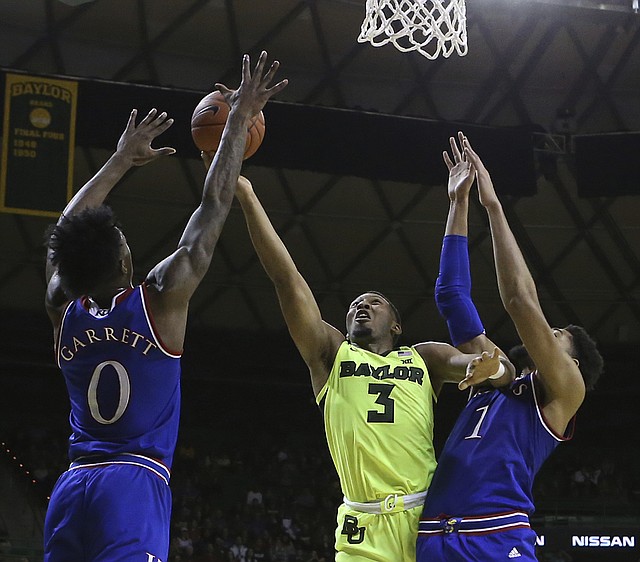 Baylor guard King McClure (3) is fouled by Kansas guard Marcus Garrett (0) as he attempts a shot against Kansas forward Dedric Lawson (1) in the second half of an NCAA college basketball game, Saturday, Jan. 12, 2019, in Waco, Texas. (AP Photo/Jerry Larson)

A look at some of the keys for 13th-ranked Kansas in today's regular-season finale at Allen Fieldhouse against the Baylor Bears. By Matt Tait