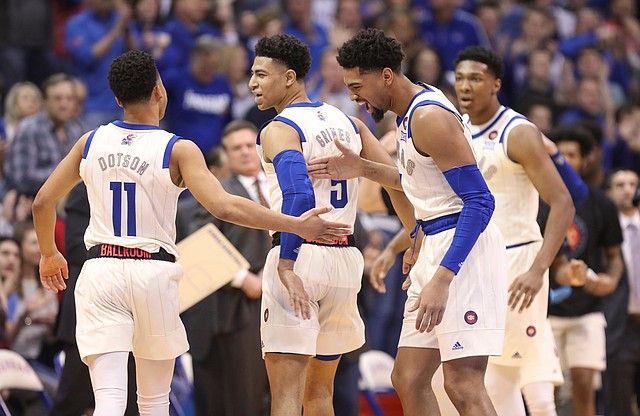 Jayhawks say 'it's all coming together' for Kansas basketball

While there are nearly a dozen basketball-specific reasons for KU's recent 3-game win streak, the Jayhawks themselves say one of the biggest factors in this team's turnaround has been the fact that everything has just started to come together. By Matt Tait

With a depleted roster, No. 13 Kansas took care of business when it returned to Allen Fieldhouse. Following a loss to its in-state rival, KU got back on track in a big way with a 84-72 win over Oklahoma State Saturday afternoon. The Jayhawks, who were without starters Marcus Garrett (injury) and Lagerald Vick (leave of absence), led by double digits for the final 10-plus minutes of the contest.