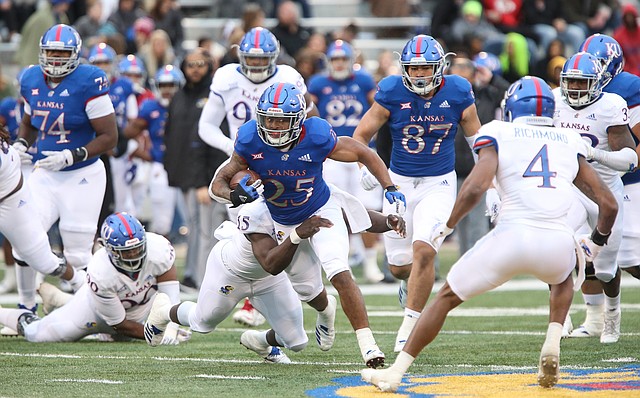 After three seasons in the Kansas football program, running back Dom Williams announced Monday he plans to finish his college career elsewhere. The 5-foot-10 rusher from McKinney, Texas, took to Twitter to let people know he’s entering his name into the NCAA’s transfer portal.

As the Kansas football team appears prepared to play the remainder of the season without veteran running back Khalil Herbert, head coach Les Miles chose not to address whether another rusher on the roster has any intention of redshirting this year. By Benton Smith