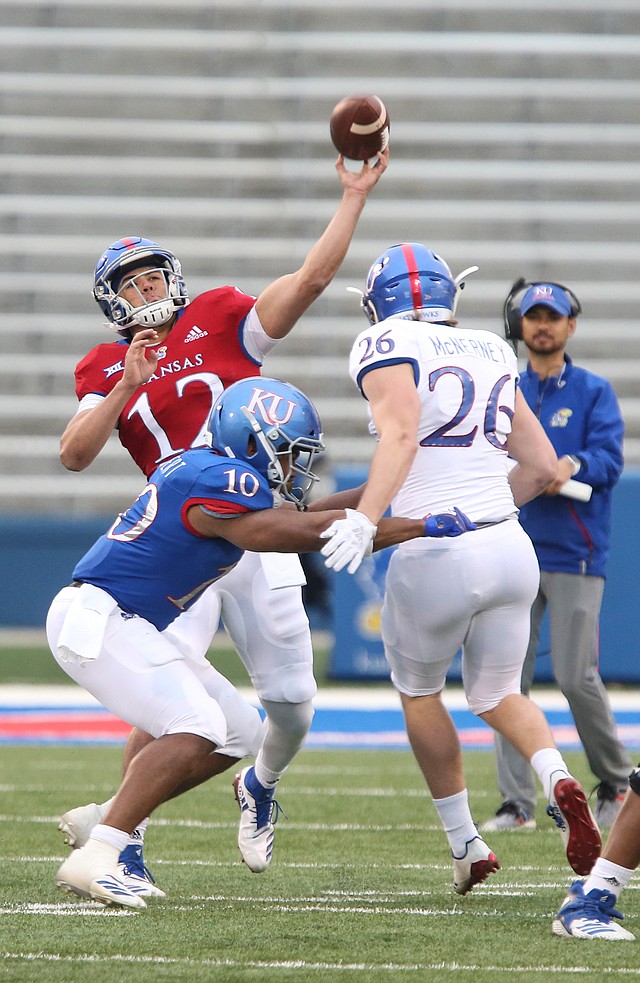 Notebook: Les Miles will 'have to see' what position Torry Locklin plays next year

Les Miles reiterated that Torry Locklin will not play in the Jayhawks’ finale so that the 6-foot-2 freshman can use 2019 as his redshirt season. But it remains to be seen exactly where Locklin, currently listed as a quarterback, will line up next year. By Benton Smith