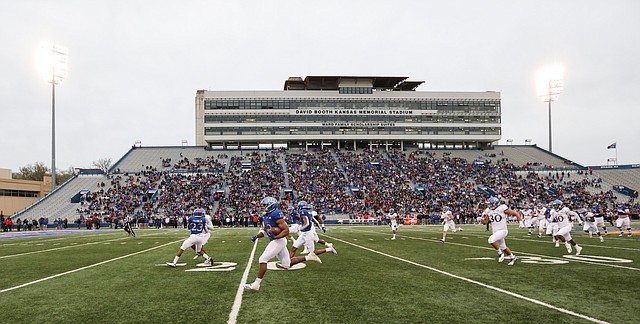 While Clemson quarterback Trevor Lawrence, Ohio State QB Justin Fields, Oklahoma State running back Chuba Hubbard, Alabama running back Najee Harris and other high profile college stars became the prominent voices of a “We Want to Play” movement, some lesser known players from the University of Kansas used social media to share their thoughts, too.