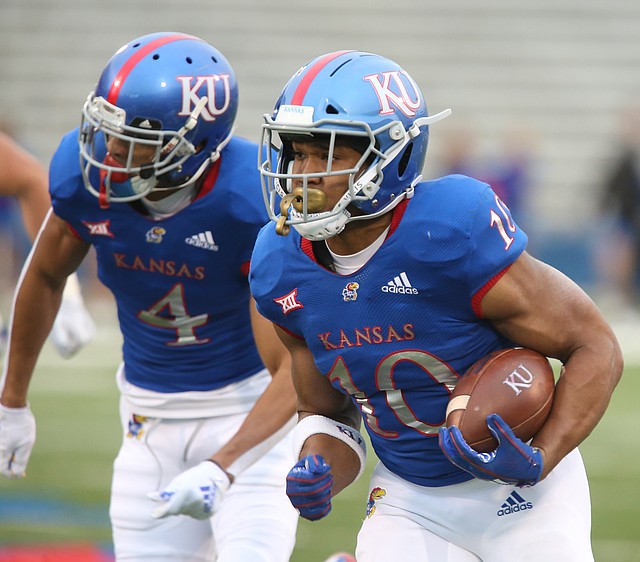 Apologetic Khalil Herbert: 'I intended to come back' to play for KU in 2020

Former Kansas running back Khalil Herbert finally shared Thursday evening his side of what led to him leaving KU’s football program. By Benton Smith

Arlington, Texas — The first thing that Khalil Herbert learned is that it wasn’t anything like the movies. The senior running back was one of four representatives — along with Hakeem Adeniji, Mike Lee and Bryce Torneden — for the Kansas football team during the Big 12 Media Days on Monday at AT&T Stadium. While the event went smoothly for the four KU seniors, the night before was anything but that for Herbert.

While Les Miles will attract most of the cameras, questions and attention during his first trip to Big 12 Media Days as the head coach at the University of Kansas, The Mad Hatter will have some veterans alongside him for the ride next week in Arlington, Texas. By Benton Smith