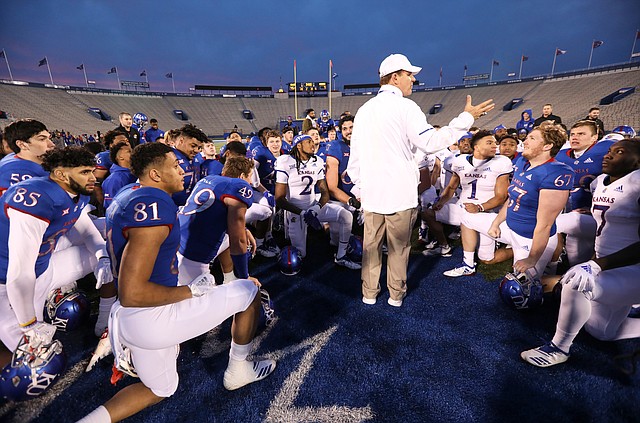 Les Miles on Jayden Russell: 'We want him to end up with us'

As the Kansas football program unveiled its 2019 media guide for the first time on Monday at Big 12 Media Days, the Jayhawks’ roster included many new additions. By Benton Smith

For a man who has gone out of his way the past several weeks to reveal as little as possible about what’s going on behind the scenes of his Kansas football program, head coach Les Miles made a relatively startling statement on Monday evening regarding his new team. By Benton Smith