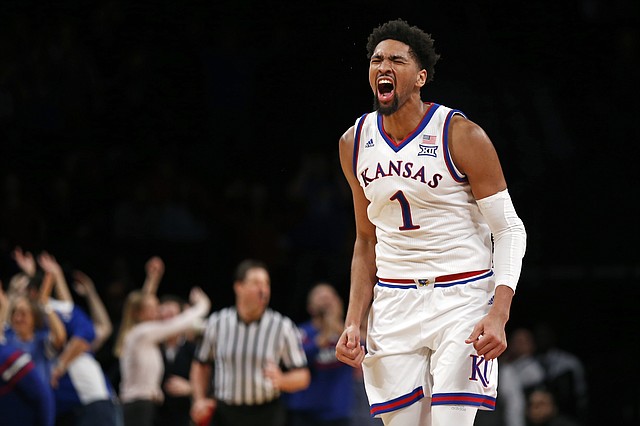 Kansas junior Dedric Lawson, who declared for the NBA Draft on Monday morning, spoke with the Journal-World on Monday afternoon about his time at KU, how he reached his decision and what comes next. By Matt Tait

Carrying Kansas: Junior forward Dedric Lawson born and bred for what lies ahead

Kansas basketball coach Bill Self has a saying he uses this time of year that probably applies to this KU team better than most during his 16-year run with the Jayhawks. “When you’ve got a great player, which we do, you can always ride that guy." By Matt Tait

No. 2 Kansas outlasts No. 5 Tennessee to stay undefeated

Kansas freshman Devon Dotson may not quite be worthy of mention in the same breath as former KU stars Frank Mason III and Devonte’ Graham just yet. But he’s gaining on it. And he played a huge role in KU's hard-fought, 87-81 overtime win over No. 5 Tennessee on Friday in Brooklyn, N.Y. By Matt Tait