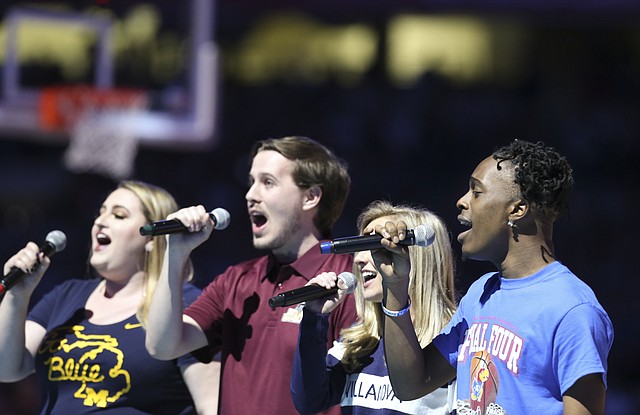 University of Kansas student Darius Sheppard sings the National Anthem before tipoff of the first game of the Final Four on Saturday, March 31, 2018 at the Alamodome in San Antonio, Texas. Sheppard was selected as a representative of KU to sing the anthem with three other students from the other participating schools.

Escorted by her son's host family, with whom he lived in Jacksonville, Fla., after leaving Nigeria at age 13, Florence Azuonuwu, the mother of Kansas center Udoka Azubuike, walked over to Scott “Scooter” Ward about 15 minutes before tipoff of Saturday's Final Four clash with Villanova and planted a big hug on him.