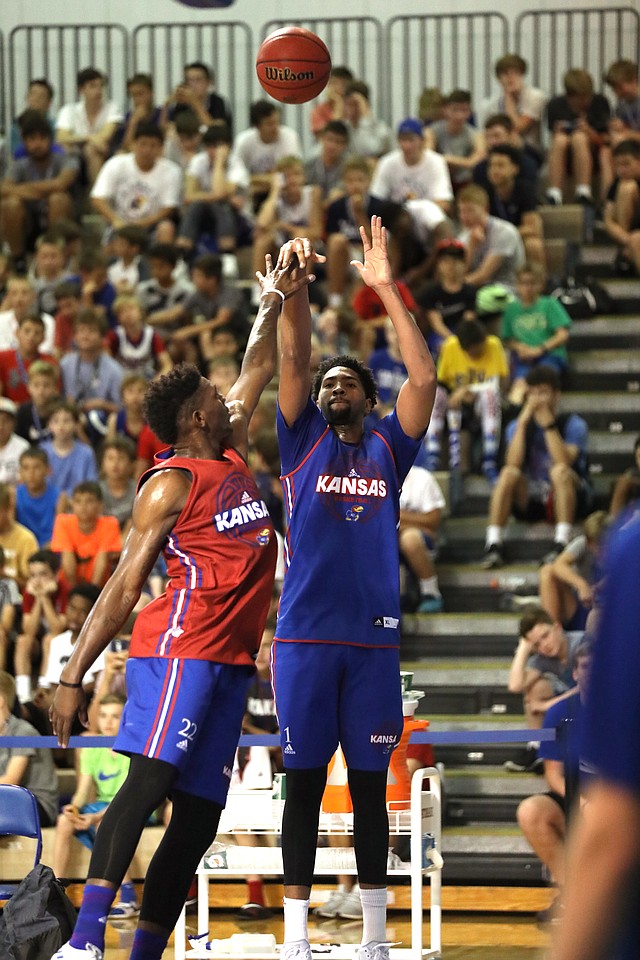 Sure, Udoka Azubuike spent most of May hearing from NBA evaluators about his draft stock and potential as a player at the next level. That doesn’t mean the big man returned to the University of Kansas with the notion of adding a 3-pointer to his repertoire, to replicate the skillsets of many professional centers. By Benton Smith