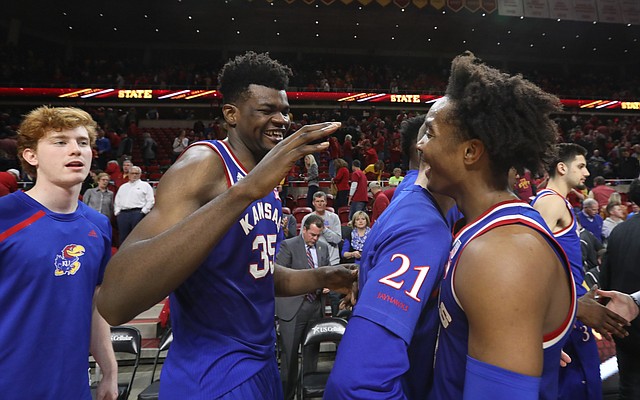 Tom Keegan: Voice of current Jayhawks listens to voice from past

If Kansas basketball coach Bill Self trusted another player enough to put the basketball and game in his hands, Devonte’ Graham wouldn’t have a streak of nine consecutive 40-minute outings.

Iowa State’s Solomon Young went up for a short baseline jumper, and Kansas center Udoka Azubuike went up with him and made contact. The whistle blew, and 21 seconds into the second half, Azubuike picked up his third foul. He stole a glance toward the bench, figuring he would see Mitch Lightfoot being summoned to replace him. Lightfoot remained seated. “I thought (Kansas coach Bill Self) was going to take me out, to be honest with you, but he kept me in the game,” Azubuike said afterward. By Tom Keegan