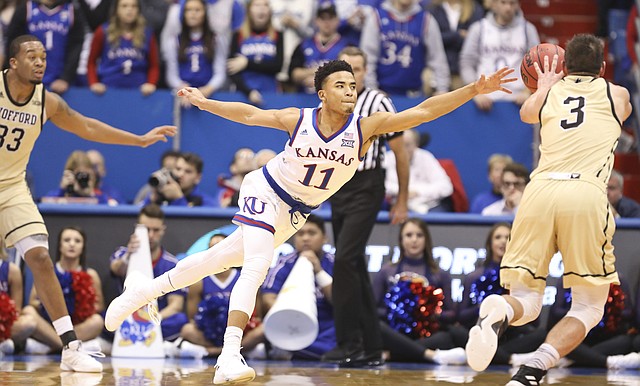 Kansas guard Devon Dotson (11) reaches for a pass to Wofford guard Fletcher Magee (3) as he defends the perimeter during the second half on Tuesday, Dec. 4, 2018 at Allen Fieldhouse.

Over the past few years, Wofford head coach Mike Young has found senior guard Fletcher Magee to be as steady a shooter as they come. The reigning SoCon Player of the Year, Magee has drained 3-pointers and averaged double digits since he arrived in Spartanburg, S.C., in 2015.