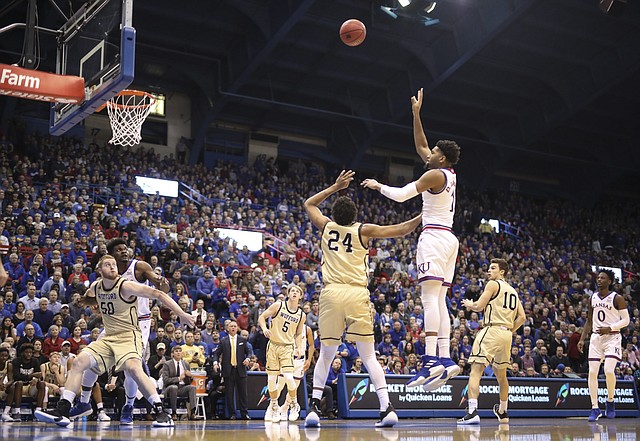 Kansas forward Dedric Lawson (1) turns for a shot over Wofford forward Keve Aluma (24) during the first half on Tuesday, Dec. 4, 2018 at Allen Fieldhouse.

The Lawson brothers have been in this situation before. Dedric Lawson and K.J. Lawson were both on the Memphis team in 2016-17, when starting center Chad Rykhoek was sidelined with a dislocated ankle injury in December. The Tigers turned to their small-ball lineup following the injury, which lasted 16 games between mid-December to mid-February.

No. 2 Kansas overcame another sluggish start to remain unbeaten on the 2018-19 season.