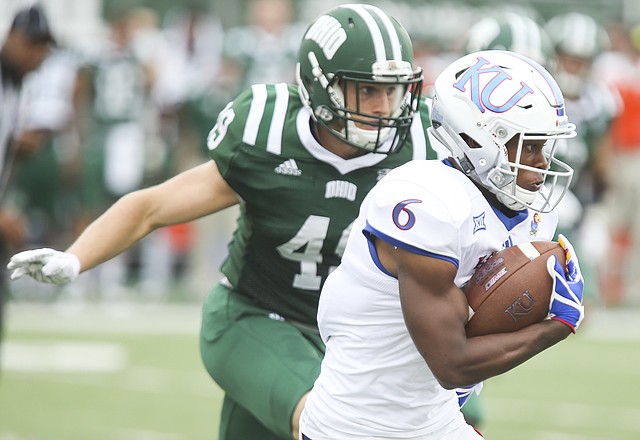 Dom Williams won’t be joining a roster full of strangers when he transfers to Northern Iowa. Former Kansas wide receiver Quan Hampton announced Tuesday he has committed to the Panthers, too.

Two of the Kansas football team’s top three pass-catchers from 2017 won’t be around this fall to invigorate the passing game. While neither produced on the level of the Jayhawks’ returning prime target, receiver Steven Sims Jr. (59 catches, 839 yards, six TDs), the 5-foot-10 senior from Houston could use some support. By Benton Smith