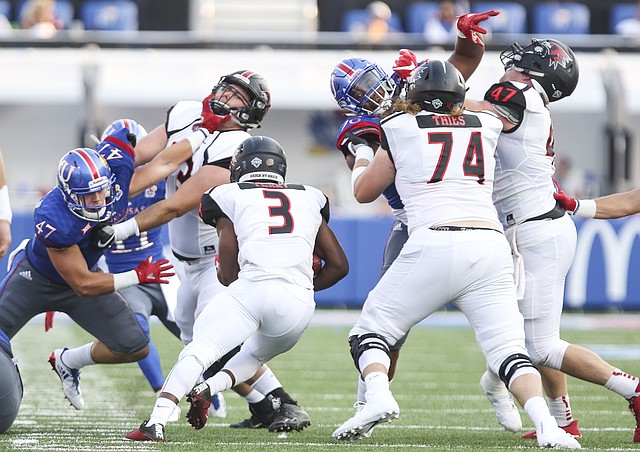 The Kansas defense gets physical while trying to stop Southeast Missouri running back Marquis Terry (3) during the first quarter on Saturday, Sept. 2, 2017 at Memorial Stadium.

Some might cite Central Michigan’s triple-overtime victory over Rhode Island this past Thursday as a sign the Kansas football team should have no problem in Week 2 defeating the visiting Chippewas, picked by Mid-American Conference coaches to finish fifth in the MAC’s West Division. Third-year KU football coach David Beaty spun it the other way Monday morning, during his time on the Big 12 coaches media teleconference. By Benton Smith