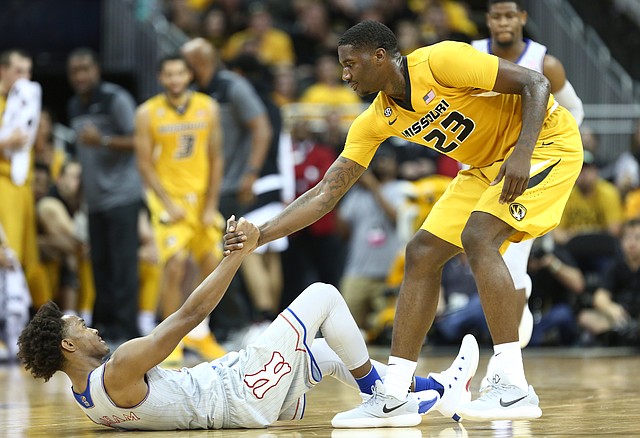 Missouri forward Jeremiah Tilmon (23) gives Kansas guard Devonte' Graham (4) a hand off the floor after fouling him during the second half of the Showdown for Relief exhibition, Sunday, Oct. 22, 2017 at Sprint Center in Kansas City, Missouri.

Bill Self on playing Mizzou: 'I don’t think there’s been any change in our position'

Now that the two old rivals have been seen on the same basketball court again, after a five-year hiatus from one of the best rivalries in college sports, the question on everyone’s mind after Sunday’s 93-87 exhibition victory by Kansas over Missouri at Sprint Center was when we’ll get to see it again. By Matt Tait