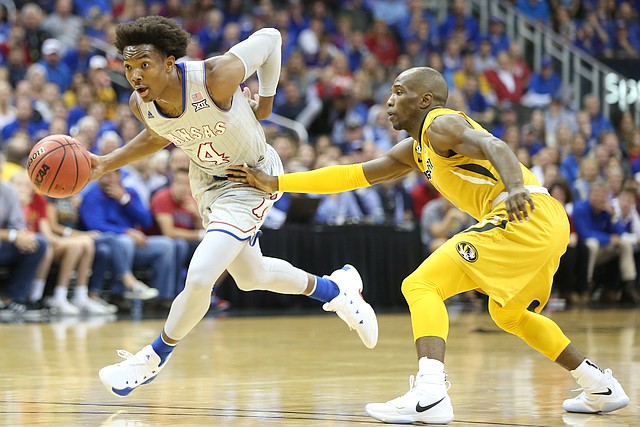 Kansas guard Devonte' Graham (4) gets around Missouri guard C.J. Roberts (0) during the first half of the Showdown for Relief exhibition, Sunday, Oct. 22, 2017 at Sprint Center in Kansas City, Missouri.

It’s still early, and the sample size is small, but there already exists enough evidence to suggest that the work Kansas senior Devonte’ Graham put in this offseason in one key area might be paying off. By Matt Tait

Though the stats and result won’t go in either team’s record books and the point of the scrimmage was to raise money for a good cause, it didn’t take long for the Jayhawks and Tigers — and a split-down-the-middle sellout crowd — to make it feel more like March than October at Sprint Center. By Benton Smith