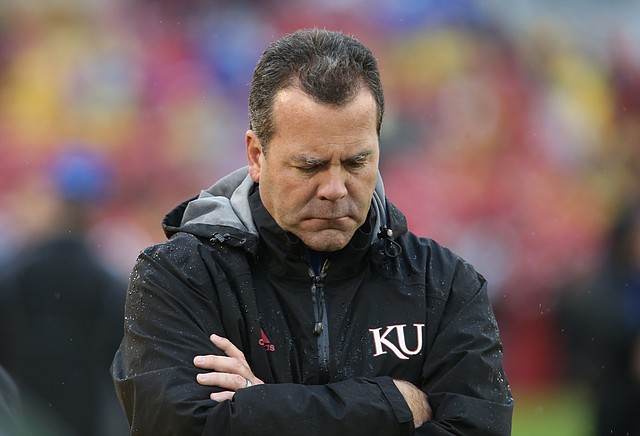 Kansas athletic director Sheahon Zenger shows frustration after a penalty called against the Jayhawks during the second quarter on Saturday, Oct. 14, 2017 at Jack Trice Stadium in Ames, Iowa.

David Beaty has the second half of his third season to prove he has made progress with the Kansas football program. But D-Day comes earlier than that for the man making the call on Beaty’s boss, athletic director Sheahon Zenger. A generous estimate for that timetable is two weeks.