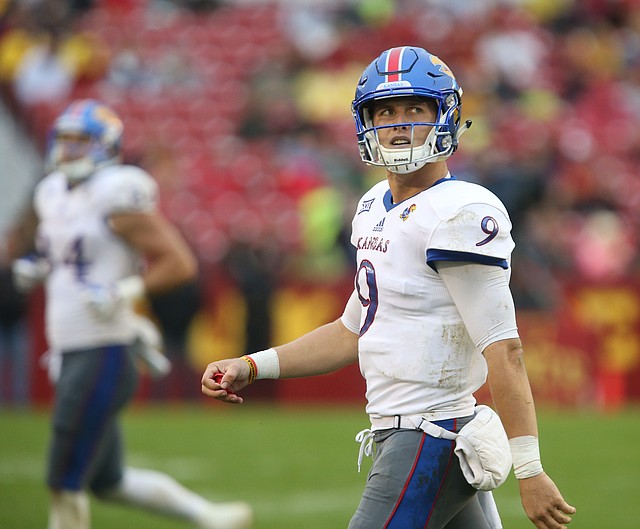 The Kansas football team committed four turnovers in the first half Saturday and lost its 45th consecutive road game against Texas, 42-27, at Darrell K. Royal Stadium. By Bobby Nightengale