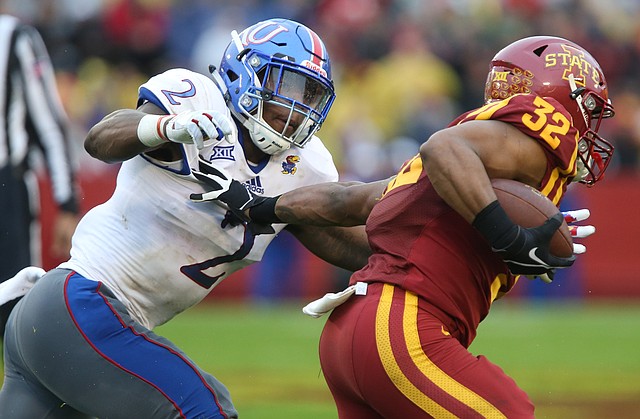 Former Kansas football defensive end Dorance Armstrong Jr. will be one of 326 prospects hoping to impress pro coaches and decision-makers at the upcoming 2018 NFL Scouting Combine. The league announced its full list of participants Tuesday, and Armstrong, who left KU a year early to enter the draft, was one of 29 Big 12 players deemed worthy of an invite. By Benton Smith

The statement on its own defies logic, but here it is: the Kansas football team’s defense surrendered five touchdowns and a field goal Saturday at Iowa State and played better than it had in any other game during the first half of the season. By Benton Smith