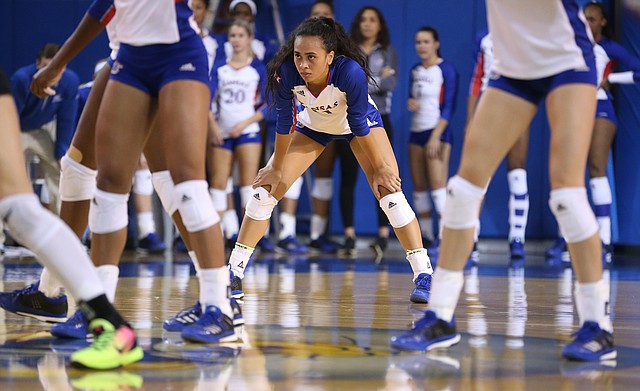 Kansas setter Ainise Havili (11) gets ready for a serve by Texas during the second set on Wednesday, Oct. 11, 2017 at Horejsi Center.

For the third straight season, Kansas senior Ainise Havili was chosen as the Big 12's Setter of the Year by the league's coaches, announced Monday. She was one of five KU volleyball players to earn all-conference honors.