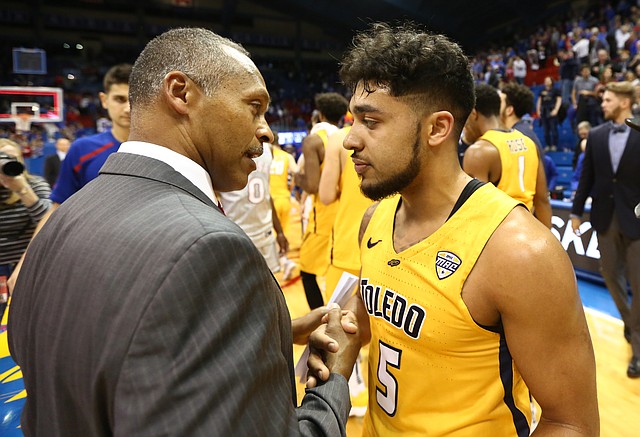 Amid conference play during his second season as a backup point guard at Toledo, former Lawrence High standout Justin Roberts began to determine he wanted to try something new. A few months later, Roberts solidified his plans to transfer from the MAC program and complete his college career elsewhere. By Benton Smith

Normally when an opposing player is introduced at Allen Fieldhouse, he draws a few boos or no reaction at all from the home crowd. That was not the case on Tuesday night before KU's 96-58 drubbing of visiting Toledo, when Toledo sophomore Justin Roberts was introduced as a surprise starter. By Matt Tait