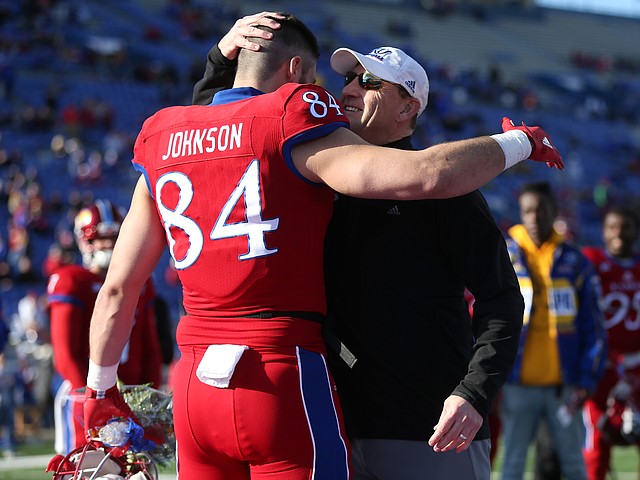 Some supporters of the perpetually rebuilding Kansas football program voiced their displeasure via social media, message boards and internet comment sections with athletic director Sheahon Zenger’s decision to bring head coach David Beaty back for 2018, in spite of his 3-33 record. A similar reaction did not exist within the KU football locker room, according to players who spoke with the media shortly after Zenger’s steadfast endorsement of the coach. By Benton Smith