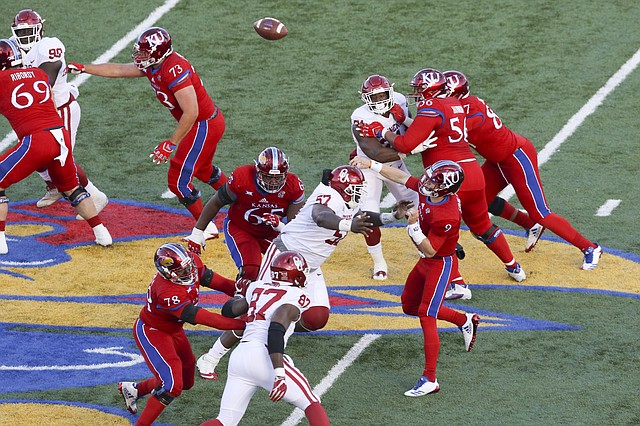 KU's offense once again falls flat in loss to Oklahoma

The No. 3-ranked Oklahoma Sooners are known for their highly effective offense and a tough-to-defend quarterback in Baker Mayfield, who just might win the Heisman Trophy, in spite of his combustible personality. OU’s football team, at least this season, is not known for its defense. Nonetheless, Kansas failed to score a touchdown in its 2017 Memorial Stadium finale, a 41-3 defeat. By Benton Smith