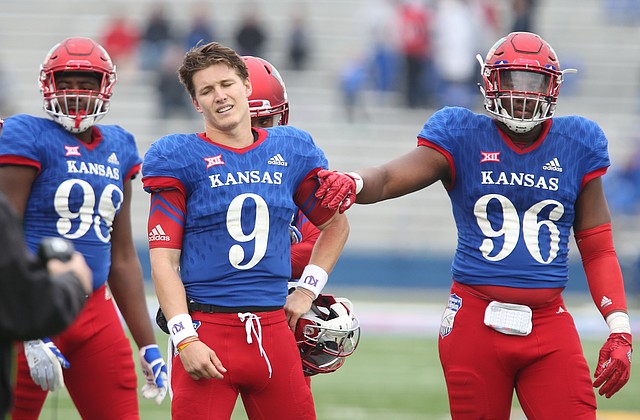 Kansas quarterback Carter Stanley (9) reacts after an interception of his pass is confirmed during the third quarter on Saturday, Sept. 4, 2017 at Memorial Stadium. At right, Kansas defensive tackle Daniel Wise (96) gives him a pat.