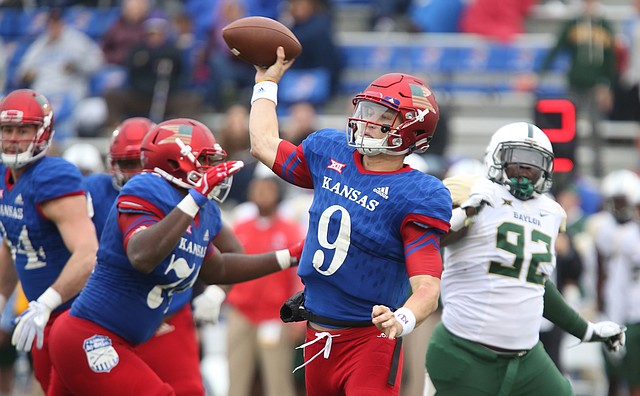 Kansas quarterback Carter Stanley (9) throws a pass during the third quarter that was intercepted, Saturday, Sept. 4, 2017 at Memorial Stadium.

In his third start this season and sixth during his time at Kansas, redshirt sophomore quarterback Carter Stanley threw a career-best three touchdown passes this past Saturday at Texas. The Jayhawks’ ninth consecutive loss, though, also included three costly Stanley interceptions, a career-worst for the second-year QB. Offensive coordinator Doug Meacham broke down what went wrong for Stanley and his teammates on each giveaway. By Benton Smith