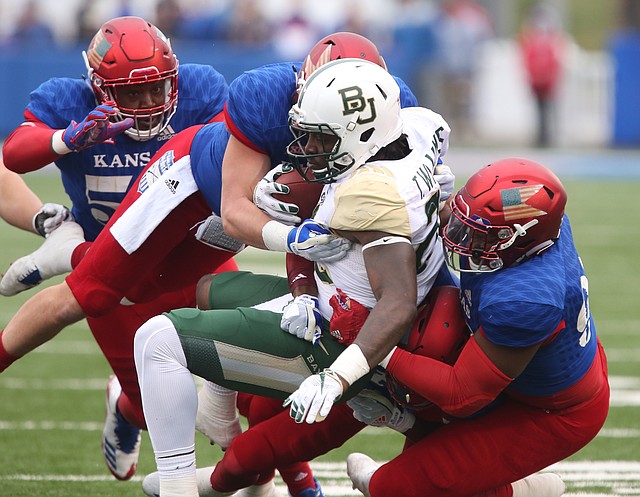 When Joe Dineen sacked Texas Tech quarterback Alan Bowman in the final minute of the second quarter on Saturday, it didn’t occur to him that he had just tied Kansas football great Wilie Pless for the all-time program lead in career tackles for loss. By Benton Smith

Only a few months remain in Daniel Wise’s college football career. And the redshirt senior defensive tackle at the University of Kansas would like to cram as many successes as possible into them. "Our goal is to go to a bowl game and be the best that we can be for KU fans, KU nation and all that," Wise said. By Benton Smith