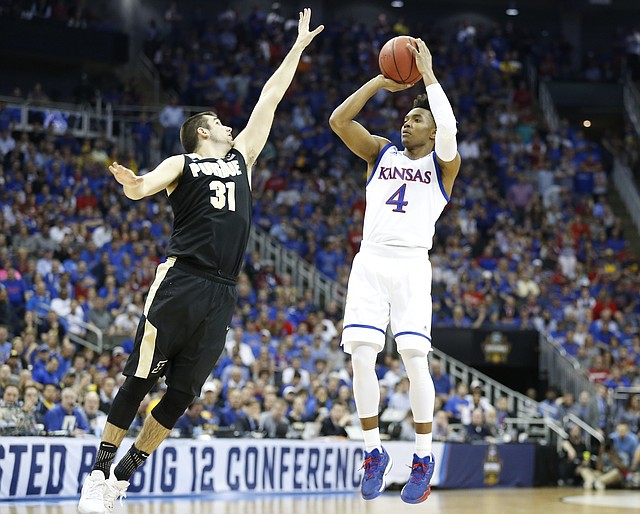 This NCAA tournament features a few talented guards who have had more to celebrate in the postseason than Kansas senior Devonte’ Graham, who has a 7-3 record on college baksetball's biggest stage.

Kansas senior point guard Devonte' Graham was named to the Bob Cousy watch list, given to the top point guard in the country, announced Monday by the Naismith Memorial Basketball Hall of Fame.

After KU’s 98-66 victory over Purdue in the Sweet 16 on Thursday at Sprint Center, Purdue head coach Matt Painter was asked whether he could see anybody stopping the Jayhawks. By Bobby Nightengale