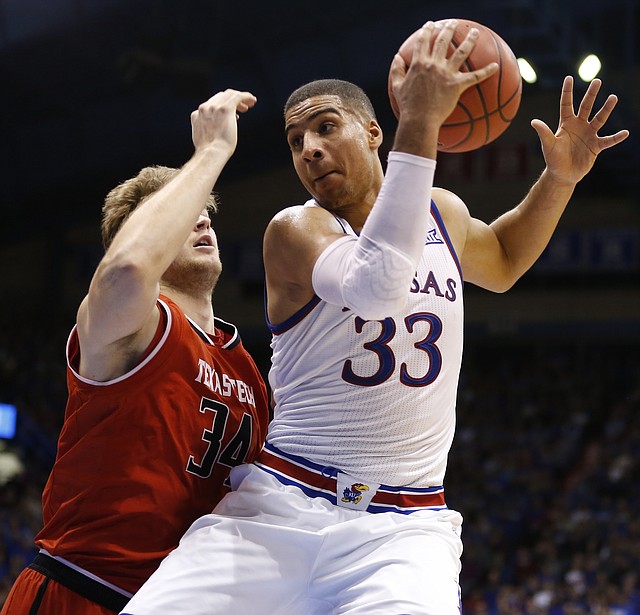 Kansas forward Landen Lucas (33) catches a pass inside against Texas Tech forward Matthew Temple (34) during the second half, Saturday, Jan. 7, 2017 at Allen Fieldhouse.

One day after helping the team secure a record-tying 13th consecutive Big 12 men's basketball title, four members of the Kansas basketball team added some academic hardware to their memorable week. By Matt Tait

Bill Self’s plans for Landen Lucas to develop into a program player have been well documented and it’s possible that neither Self nor Lucas ever really saw him becoming the vital piece of the puzzle that he is today. But that time has arrived. It’s going on two years now. And it will be as important as ever at Allen Fieldhouse Wednesday night, when Lucas and the third-ranked Jayhawks play host to No. 2 Baylor at 8 p.m., with the winner moving into sole-possession of first place in the Big 12 Conference. By Matt Tait