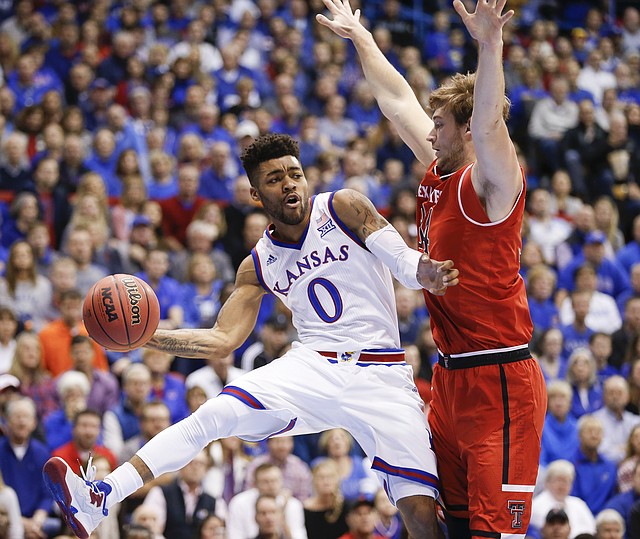 A look at some of the keys for second-ranked Kansas in Saturday's home clash with Oklahoma State. By Matt Tait

A look at some of the keys for third-ranked Kansas in Tuesday's road clash with Oklahoma. By Matt Tait

Tom Keegan: A floater is the newest weapon in Mason's repertoire

Quick-leaping, 6-foot-8 Texas Tech forward Zach Smith was in the midst of an impressive night. Smith smelled another blocked shot, but not even Fearless Frank Mason would have the temerity to put up a shot with Smith’s long arms and 9-inch height advantage standing in his way, would he? By Tom Keegan