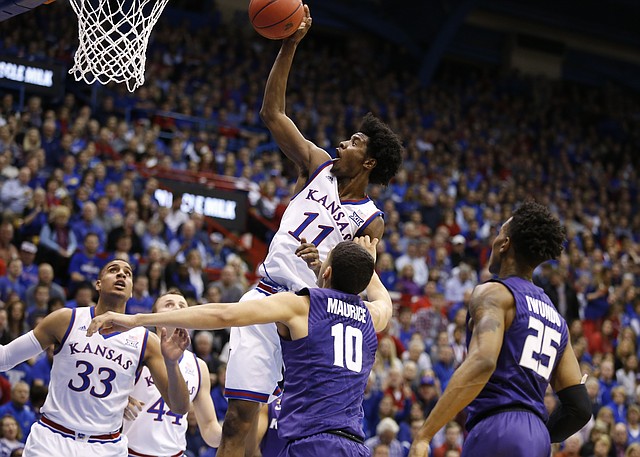 Kansas guard Josh Jackson (11) comes in with a put-back bucket against Kansas State during the first half, Tuesday, Jan. 3, 2017 at Allen Fieldhouse.

Give me one reason Kansas freshman Josh Jackson can’t spend most of his NBA career as a point guard.

The typical Kansas stars did most of the damage, but junior wing Svi Mykhailiuk won the game late for the Jayhawks in a thrilling Sunflower Showdown Tuesday night at Allen Fieldhouse. Mykhailiuk beat the buzzer with a game-winning layup against rival Kansas State, allowing KU to edge the Wildcats, 90-88. By Benton Smith