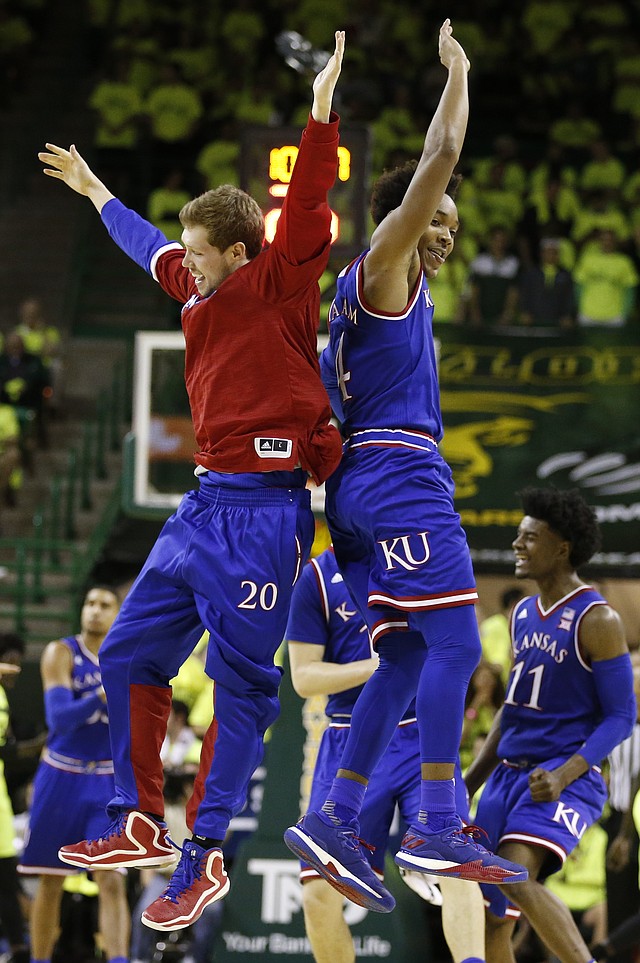 While obviously not as intricately involved as his father, Tyler, since the elder Self became KU’s head coach nearly 14 years ago, has felt as much a member of the KU basketball family as anyone. It gives the walk-on guard a unique outlook ahead of Monday’s home finale versus Oklahoma (8 p.m., ESPN), which doubles as Senior Night for Tyler, Frank Mason III and Landen Lucas. By Benton Smith